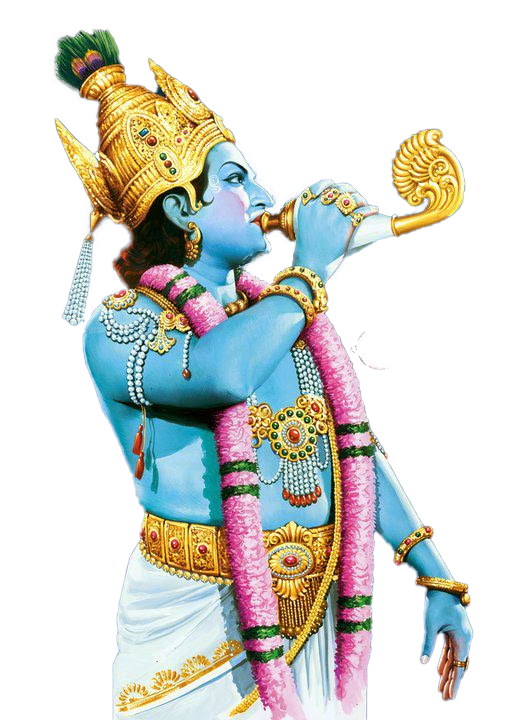 NTR, the founder of the TDP, drawing inspiration from the Buddhist doctrine- ‘Sangham Saranam Gacchami’ (I go to the Sangha for Refuge), believed and strongly advocated “సమాజమే దేవాలయం – ప్రజలే దేవుళ్ళు” (The society is the temple – the people are the gods).

NTR strongly believes in democracy and once said &quot;I am neither a socialist, nor a communist, nor a capitalist… I am a humanist.&quot; Thus,humanistic and democratic principles are entrenched in the Telugu Desam Party’s vision. NTR also espouses that Telugu Desam Party is not just a political party but a great people’s movement to liberate the poor from hunger and poverty and accord equity and justice.

In tune with this philosophy, the Party was built to ensure exponential, inclusive, and sustainable socioeconomic growth of the State of Andhra Pradesh. The Party intends to achieve its mission by involving people at the forefront, accompanied by a range of organisations, professionals, academicians, and experts for collective wisdom and actions. Therefore, the Party acts as a catalyst for the State’s and Country’s sustainable transformation. 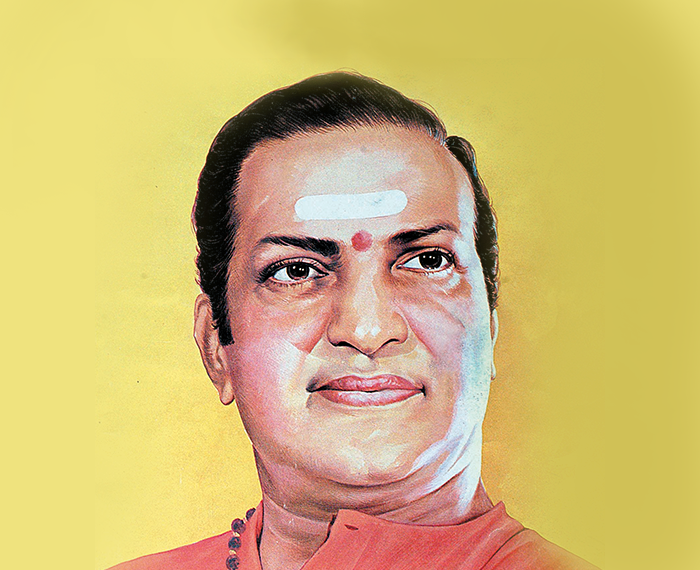 Nandamuri Taraka Rama Rao is unquestionably an iconic, multidimensional and charismatic actor, director, and politician who dominated the Telugu community with over 300 movies to his credit, enacting a range of characters and further serving as Chief Minister of Andhra Pradesh for three terms (1983–84; 1984–89; and 1994–95). 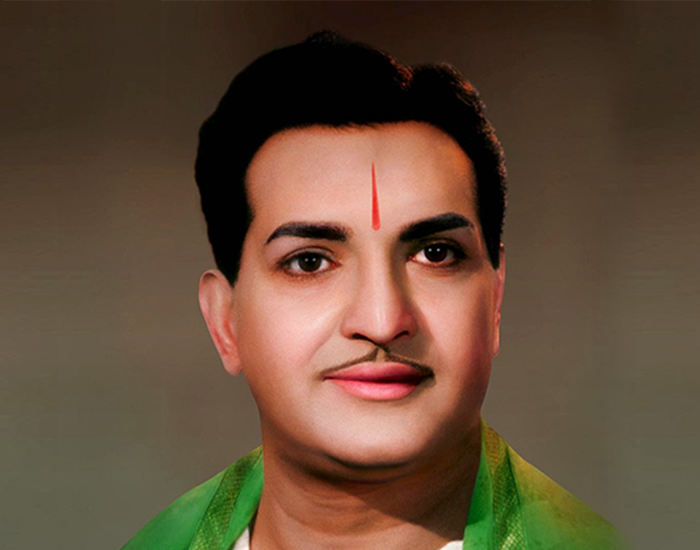 NTR pursued his primary education in Nimmakuru and 10th grade at Vijayawada Municipal High School in 1940. Later, he completed 12th grade from SRR and CVR College in Vijayawada and gained his Bachelor’s Degree in arts from Andhra Christian College, Guntur. On May 2, 1942, NTR married Basavaramatharakam, the daughter of his uncle Katragadda Chenchayya in Komaravolu village.

As a student, NTR displayed great interest in the creative arts, and he played the lead role in the play ‘Rachamalluni Douthyam’ and got adjudged as the best actor. With a strong determination to pursue his acting passion, NTR established ‘National Art Theatre’ along with his college friends in 1947.

Later, after earning a BA (Bachelor of Arts) degree, he was selected as Sub-Registrar in 1947 after getting through the Civil Service Examination conducted in the Madras Presidency under British India. Soon he left the job to embark on a career in film acting.

NTR’s first screen role was in ‘Mana Desam’, released in 1949, and the film was an instant success. After that, he never looked back and continued to perform in over 300 movies in three Indian languages, Telugu, Hindi and Tamil, until his last film, ‘Major Chandrakanth’ (1993). He enacted the roles of the Hindu Mythological doyens such as Krishna, Rama, Duryodhana, Ravana and many others, and he produced, directed, and screen played over 12 films. With his histrionics and inimitable acting style, he soon rose to stardom and became a household name and an irresistible heart-throb. 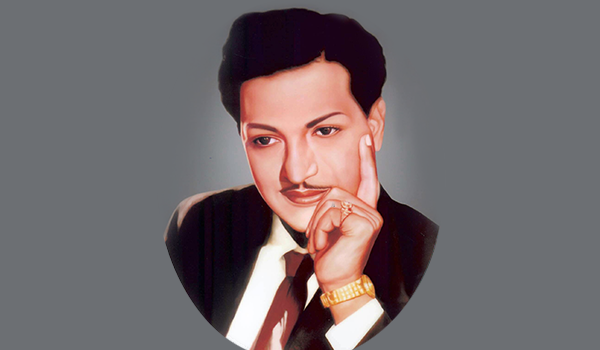 Despite his active engagement in the films, he was an ardent follower of the current socioeconomic situation of the country and the State. With his deep understanding and social consciousness, the NTR produced many films with socially relevant themes exposing societal evils and exploitation of the marginalised sections.

NTR was amazingly generous and quickly responded to the calamitous situations with many charity campaigns and extended substantial financial assistance on several occasions, such as the famine in Rayalaseema in 1952, the Indo-Chinese war in 1962, the Krishna Lanka fire accident in 1964, India-Pakistan War in 1965, the cyclone in the coastal Andhra in 1969, famine in north-western states in 1972, and Divi Seema cyclone disaster in 1977 and many more.

During his illustrious film career, when he was at the pinnacle of glory with multiple awards and rewards; however, not complacent and quickly realised that serving people is more satisfying and fulfilling and benefits the larger population.

NTR then started delving deep into the State’s social and economic profile. He soon understood that the state administration was dominated by few, operated remotely, relegated the public welfare and eventually rendered people voiceless and impoverished.

Realising the debilitating impacts of political chauvinism, deeply entrenched corruption and lack of voice and self-respect for the people of the State, NTR was greatly disillusioned by the chaotic situation in the State. Eventually, after having elaborate discussions and consultations with several academicians and subject experts, NTR founded the Telugu Desam Party (TDP) in 1982 to unleash a new people-centric regime to upkeep the self-esteem and address the issues of underprivileged Telugu people.

His vigorous campaign, marked by personal charisma and powerful oratory skills raising the people’s issues and profound ability to socialise with people, won the people’s hearts and brought him a landslide victory in the 1983 elections. 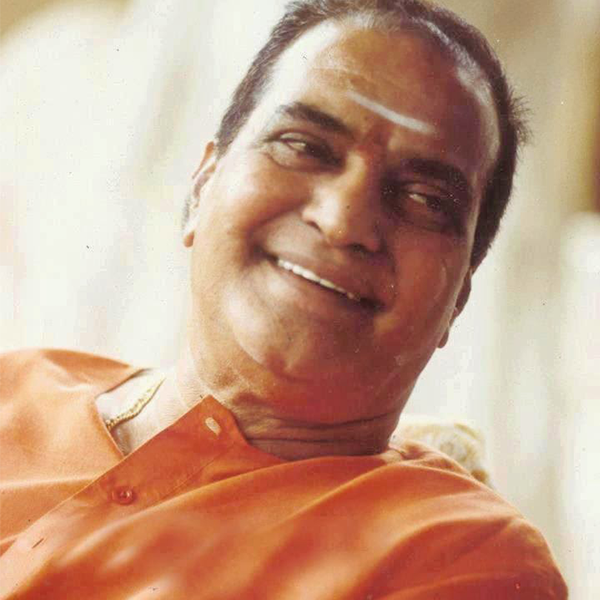 In a record nine months of starting his party, he was voted to power and became the first Chief Mister of AP representing a regional party. TDP won 199 of the 294 seats in the 1983 legislative assembly elections to the Andhra Pradesh.

NTR’s first term as Chief Minister was brief and lasted less than two years due to a brazen and sordid attempt by the ruling party at the centre to snuff out the state government led by a regional party.

In August 1984, when NTR was away for heart surgery, his government was unjustly and undemocratically dismissed through a pliant Governor in connivance with a traitor in the NTR’s cabinet. The Governor made a mockery of the constitution and removed the NTR government without giving him an opportunity.

The ouster triggered an unprecedented wave of popular wrath and outrage throughout the country. A vast majority of the media and most opposition parties across the country condemned the brazen and despicable act of the national government and expressed unstinted solidarity with NTR. After a month-long agitation by the supporters of NTR and strong criticism by the domestic and overseas media, the government, having no alternative to placate the situation, reinstated NTR as Chief Minister and replaced the Governor. It is a landmark victory for Indian democracy, orchestrated and wrested by the powerful people’s voices.

In 1984, the TDP registered a commendable performance in the 1984 parliament elections, which prompted NTR to seek a fresh mandate and go for assembly elections in 1985. The TDP got a thumping victory, winning 202 of 294 seats, and NTR started his second term as Chief Minister.

Several momentous initiatives focusing on public welfare marked NTR’s first two terms. They include subsidised rice and clothes, pensions to the landless poor, housing for weaker sections and midday meals for school children, among many others. In addition, he created smaller administrative units called Mandals to facilitate decentralised administration, which is a landmark decision in the history of India, and the system continues even today. 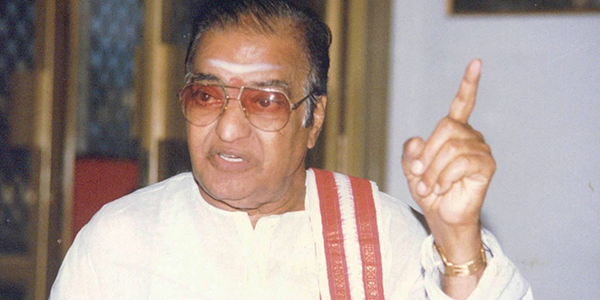 In the 1989 assembly elections, the inexperience of the TDP associated with certain organisational deficiencies culminated in losing the election, and the TDP had to compromise with 72 seats. However, as the opposition leader in the assembly, besides raising his voice appropriately to highlight the public issues in the Assembly, NTR wisely utilised the time to rebuild the party and strengthen the organisation for greater outreach. This foresight proved a successful strategy, and NTR again won the people’s mandate with a landslide victory garnering 216 seats in the 1994 elections. Thus, NTR began his third term as Chief Minister of Andhra Pradesh; however, it was short due to unforeseen developments within the party.

Dissidence within the party

In 1993, against the wishes of his family members, NTR married a self-styled biographer Veeragandham Lakshmi Parvathi, oblivious of her malicious intentions. Her nauseating extravagance and attempts to barge her way into party activities led to discontentment among party folks and a consequential rift within the party. With a strong desire to gain a political legacy from NTR, Lakshmi Parvathi started involving in all the party matters and meddled with many decisions by inveigling NTR. Moreover, she attempted to build her own empire by luring the MLAs and creating dissidence among party members.

Her direct involvement in party affairs and administrative matters drew harsh criticism and led to strong dissent within the party. When the interference reached intolerable levels, most members wanted to break away from the party, and thus, the party’s existence was under serious threat.

Vexed, humiliated and appalled by her activities, most members emboldened and prodded Nara Chandrababu Naidu, MLA and son-in-law of NTR, to lead the party, replacing NTR. However, not agreeing to the popular demand, Mr Naidu, along with NTR’s sons and other well-wishers, while deposing confidence in NTR’s leadership, tried their best to persuade NTR to check Lakshmi Parvathi’s interference and dominance in party affairs, however in vain.

Under unavoidable circumstances and to shore up the party from collapse, Mr Naidu finally agreed to take over the party with the support of most MLAs and NTR’s family members, including sons. Thus, in 1995, Mr Naidu took over as party president of TDP and became Chief Minister of Andhra Pradesh.

In 1996, the legendary personality and cult figure breathed his last due to a heart attack. Soon, Lakshmi Parvathi attempted to form her own TDP faction and sought people’s mandate in the 1999 elections; however, its impact was negligible.

The TDP under Mr Nara Chandrababu Naidu had recorded another convincing win in the 1999 assembly elections, winning 180 seats; Mr Naidu continued as Chief Minister and followed most of the policies enunciated by NTR.